The Energy Intelligence Upstream Carbon and Greenhouse Gas Intensity Tracker evaluates the carbon intensity (CI) and Greenhouse Gas (GHG) with the upstream production process of around 100 global crude grades covered in our World Crude Oil Data (WCOD) service. It is a powerful comparative and analytical tool that builds on available data from several sources but also adds up-to-date analysis of factors contributing or minimizing emissions.

Definition: CI measures kilograms of carbon dioxide equivalent released per barrel of oil produced. It encompasses both carbon and other greenhouse gases (GHGs).

The Energy Intelligence Carbon Intensity Tracker provides a write-up and data in both the crude and country profiles in WCOD:

At the crude stream level:

At the country level:

Ranking crude streams’ carbon intensity and greenhouse gas
Based on available data and information crude streams are ranked as Very Low, Low, Medium, High and Very High for around 100 crudes across 45 countries, allowing for cross-country and crude comparisons. Available CI and GHG data is sometimes outdated and can vary significantly by source. Furthermore, data can measure CI either at the field level (OCI & OCI+) or at the crude stream level (ICCT), and the composition of the latter can change as newer oil from different fields or formations is added to a blend. Additionally, there is generally a lack of transparency from companies and countries on accurate emissions measures and therefore the provided write-ups and rankings can help better gauge the standing of a specific crude stream compared to others. The level of CI of a crude stream depends on varying factors such as the age of contributing fields, the quality of the oil, the gas and water contents of reservoirs, diverse production methods that vary in intensity and resulting emissions, carbon richness of reservoirs and others. Finally, operators can take measures to mitigate emissions such as reducing flaring. Due to this, Energy Intelligences expects that rankings of CI are likely to change over time, rendering certain data that are not updated regularly insufficient to evaluate CI. (See Annex for a noncomprehensive list of factors affecting carbon intensity.)

Rankings of crude streams were determined based on the distribution of available data. Therefore, a crude stream that is considered:

* The OCI+ (kg CO2e/barrel oil equivalent) is on a slightly different basis than the OCI (kg CO2e/barrel oil only).
* The OCI was an oil model with a heavy concentration on enhanced oil recovery (heavier oils). It didn’t handle fracking. And it insufficiently handled the gas from light oils. OCI+ has fully added gas through the lifecycle and is believed to better account for the emissions from lighter oils (that have a lot of associated gas).
* When data is available in g CO2e/MJ it is converted to kg CO2e/bbl by multiplying by 6.119 (BP).
* The OCI+ default to 20-year global warming potential (GWP) results. There’s a toggle for 100-year GWP (OCI). Methane has a 12-year lifetime; so, using 100-year GWP makes no sense when accounting for CO2e emissions. Note the OCI was the reverse: it defaulted to 100-year GWP and offered a toggle to 20 year GWP. (Source OCI).

Annex – Factors affecting carbon intensity
The Oil Production Greenhouse Gas Emissions Estimator Model (Opgee) used for the Oil-Climate Index (OCI) takes into account many inputs on production methods, processes and other factors that are found to impact carbon intensity. Below is a list of 12 parameters that Energy Intelligence found to be of particular importance.

Explore Energy Intelligence>
THE ENERGY INTELLIGENCE FORUM IS BACK IN LONDON, OCTOBER 17-19, 2023
SAVE THE DATE 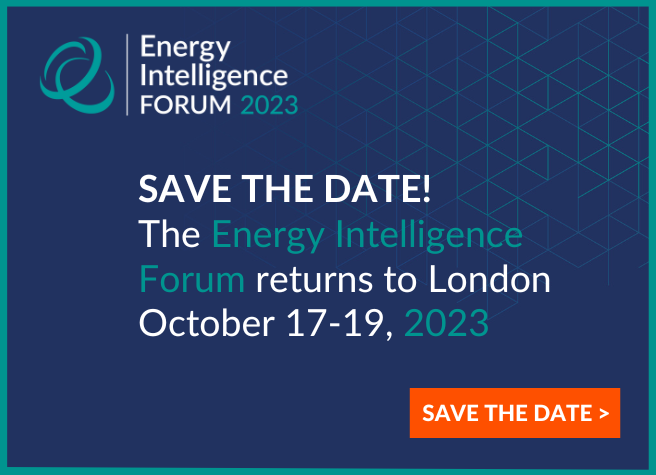