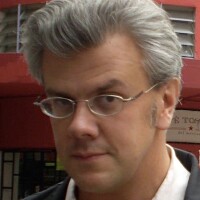 Michael Deibert is Energy Intelligence's Latin America Correspondent. Having covered Latin America for more than 20 years, his work has appeared in the Guardian, Bloomberg, the Washington Post, the Wall Street Journal, the Miami Herald, Foreign Policy, Le Monde diplomatique and Folha de São Paulo, among other venues. He has been a featured commentator on international affairs on the BBC, Channel 4, France 24, National Public Radio, and other outlets. Previously, he was awarded a grant from the International Peace Research Association and was selected as a finalist for the Kurt Schork Award in International Journalism, sponsored by the Institute for War and Peace Reporting, both in recognition of his work in the Democratic Republic of Congo. He is the author of five books.