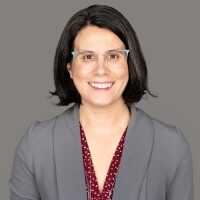 Caroline's writing focuses on US E&P companies’ strategies as well as the broader energy transition.

Prior to joining Energy Intelligence in 2021, she was a reporter for Upstream (2015-20), where she covered North American LNG, shale and politics. She is also a former Associate LNG Editor at Natural Gas Intelligence.

Caroline has also served in reporting and editorial roles at Hart Energy, Houston Community Newspapers and AOL Patch. She is the current treasurer for the Houston Chapter of the Society of Professional Journalists.

Caroline has an MA in journalism from the University of Missouri and a BA in history from McGill University.

She speaks functional French and German.