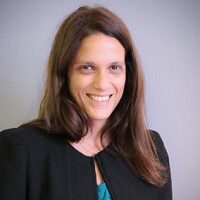 Within this role, Rana focuses on creating, expanding and enhancing data analytics tools built by the Energy Intelligence data research team. She has led the development and expansion of the World Crude Oil Data Tool, Low-Carbon Investment Tracker and the LNG tracker, as well as ongoing enhancement of existing data sets. Her role recently has grown to focus on clients’ needs in integrating data into their workflow and as part of the wider offering within Energy Intelligence.

Prior to that, Rana spent over eight years with Energy Intelligence Research and Advisory as a Director in energy markets and strategy. Rana advised companies and institutions in the energy industry on various oil, gas, energy policy and economic development issues in the Middle East and North Africa. She managed a team of analysts based in Beirut and Dubai, engaging in business development activities, advisory project management and execution for clients in the Middle East. Rana has also participated in public discussions and events globally, where she talked about Middle East energy developments.

Rana holds an MSc in global market economics from the London School of Economics, as well as a BA in economics with a minor in political science from the American University of Beirut. Rana is fluent in Arabic, French and English.