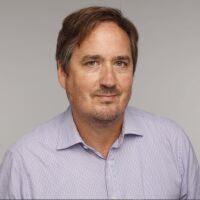 PAUL SAMPSON is a Senior Correspondent for Energy Intelligence, covering a range of geographical areas, including Russia, the Caspian, sub-Saharan Africa and parts of the Middle East.

Paul also writes extensively on oil trading, providing invaluable insights into the workings of the top traders such as Vitol, Trafigura and Glencore.

Paul’s involvement with Energy Intelligence dates back to 1992 when, on a team of Russian-speakers, he helped launch Nefte Compass, the company’s weekly offering focused on Russia, the former Soviet Union and Eastern Europe.

After spending several years as Nefte’s Managing Director, Paul moved to Dubai in 2000 to help bolster Energy Intelligence’s Mideast coverage, with a particular focus on Iran and the United Arab Emirates. In 2006, he broke one of Petroleum Intelligence Weekly’s best-ever scoops, on Kuwait’s oil reserves.

A multilingual journalist with a degree in Russian and Spanish from Bristol University, Paul went on to learn Arabic, Farsi and Portuguese.