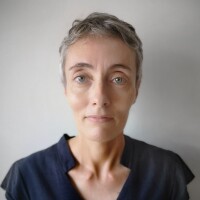 Maryelle has covered the Asia-Pacific energy sector for nearly 20 years and is a wider expert on the region.

She joined Energy Intelligence in 2010 with an initial focus on Australia, public sector and national oil companies in the Asia-Pacific region and oil products markets. Since 2016, Maryelle has shifted coverage to China’s energy industry and geopolitics.

Maryelle is a graduate from Sciences Po Paris and holds a master’s degree in journalism from the University of Westminster.