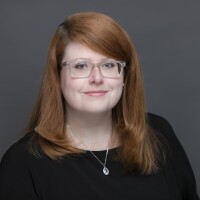 LAUREN CRAFT leads a global team of journalists covering the energy transition, overseeing coverage on everything from technology to corporate strategy, investor scrutiny to policy, transportation to power. Lauren has shared the EI New Energy team’s insights on media broadcasts and conferences such as New York Climate Week. She has a special interest in highlighting constructive solutions for the energy transition, including technologies that can be deployed in hard-to-decarbonize sectors like oil and gas, transport, and heavy industry.

Lauren has served with Energy Intelligence since 2007. Previously, she was a Washington Political Correspondent with the company, where she led coverage of the policy response to the 2010 BP oil spill, multiple presidential administrations and election cycles, and major debates around US oil tax deductions and offshore drilling access. Early in her Energy Intelligence career, Lauren was a natural gas markets reporter.

Lauren holds degrees in politics and governance. She cut her teeth as a journalist as an Editor for Virginia Tech’s college paper, and her master’s thesis examined the costs of alternative vehicle fleets. She has a working knowledge of Arabic and has traveled the world volunteering for people in need.