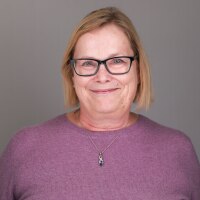 JANE COLLIN has worked for Energy Intelligence for over 20 years in various roles in the UK and US, reporting and writing on everything from Russia to upstream projects in the US. She has been the Editor of World Gas Intelligence for the past eight years, leading the London gas and LNG team. She previously edited Oil Daily, International Oil Daily and Energy Compass.

Before joining Energy Intelligence, Jane was a Reporter and later Editor at Middle East Economic Digest in London.

Jane has a BA from Oxford University.