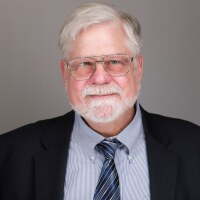 DR DAVID KNAPP is Chief Energy Economist and Senior Editor for global oil market analysis at Energy Intelligence, where he is responsible for oil supply data analysis and projections, primarily for the Oil Market Intelligence (OMI) team. He was Editor of OMI from 2002-16.

Before joining Energy Intelligence in late 2000, David was a senior official with the International Energy Agency (IEA) in Paris and served as Editor of the IEA’s influential monthly Oil Market Report through much of the 1990s. He has analyzed energy markets for 50 years in the international, government, business and financial sectors as Energy Economist and Energy Team Leader for the Wall Street banking and investment firm of Brown Brothers Harriman & Co. throughout the 1980s, after starting his career at the Federal Energy Administration/Department of Energy and then Chase Manhattan Bank’s Energy Economics Division in the 1970s.

David holds a PhD in economics from the University of California at Santa Barbara (1978) and was the 2018 President of the International Association for Energy Economics (IAEE). He was a founder and has served as President of the board of the New York Energy Forum and remains on its board of directors. Before his IAEE presidency, David served on various IAEE, and its affiliated USAEE, committees. He is a Senior Fellow of the USAEE.