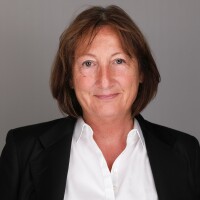 CHRISTINA KATSOURIS is an Africa Correspondent at Energy Intelligence, where she has specialized in Nigeria and Angola, politics, investment and West African crude markets since 2000.

Christina is an Associate Fellow at Chatham house since 2013, has written and co-authored various reports on the Nigerian oil sector, and has appeared on CNN, BBC radio and television, and Voice of America.

She co-authored a report on crude oil theft in Nigeria in 2013 for Chatham House and a major report on Nigerian oil sales and crude-for-product swaps in 2015 for the Natural Resource Governance Institute.

Before joining Energy Intelligence, Christina had worked as a consultant at the UN and World Bank in New York and Washington.

She was educated at London University’s School of Oriental and African Studies, where she obtained a master’s and bachelor’s degree in history and politics.