Energy Intelligence – A History of Excellence and Future of Innovation

For over 70 years, Energy Intelligence has remained firmly committed to the same basic principles of providing knowledge and understanding of the global energy business as an indispensable source for the largest corporate, government and financial players in energy.

During this time, Energy Intelligence has provided the breaking news, incisive analysis and essential data that clients have relied on to stay ahead of the competition. This history of excellence is fully archived and easily accessible to our clients, providing you with the contextual framework to both understand the past and take advantage of the future.

Energy Intelligence was built to be boldly independent, with a mission to provide information that our clients can’t find elsewhere. As a privately held, subscription-only business, our model supports that strong sense of independence and allows us to take on any issue -- even if controversial.

At the core of our success is a tradition of excellence in reporting on and analyzing energy developments. The companies that would eventually form Energy Intelligence effectively invented the specialized business journalism that emerged in the mid-20th century. Oil Daily (launched in 1951) and Petroleum Intelligence Weekly (1961) focused squarely on in-depth understanding of the oil and gas industry and became essential reading for executives.

These companies were combined to form Energy Intelligence in 1996 by Raja Sidawi, an international businessman with extensive experience in the oil and gas industry. Since the merger, Energy Intelligence has built on the legacy of those powerful brands, building out news, analysis, data, research and advisory services to meet the needs of the energy clients of the 21st century.

Through it all, our basic philosophy has remained: to identify the changes in world of energy without taking sides – and explain what those changes mean.

The Oil Daily was founded in 1951 as a newspaper for the US oil industry in the post-World War II economic boom. It was based in Washington, DC, and made coverage of politics and regulation central to its reporting. In 1980, in the aftermath of the Iranian revolution, the company launched the highly regarded annual Oil & Money conference in partnership with the International Herald Tribune, which continues today as the Energy Intelligence Forum. The idea 40 years ago, as today, was to bring together the biggest players in energy to debate the most important energy issues. The company later launched Natural Gas Week to cover the burgeoning US natural gas business, which was expanded to include proprietary spot and bidweek prices approved by the US’ Federal Energy Regulatory Commission.

In 1986, Mr Sidawi acquired The Oil Daily Co. and subsequently launched Energy Compass, focusing on the essential intersection between energy and geopolitics – an area that would be built into a core strength of the company. He also launched Nefte Compass, a unique newsletter that tracked the oil industry in the wake of the collapse of the Soviet Union and monitored the interaction between the communist and non-communist worlds. Today Nefte Compass stands as one of the most important records of this turbulent period.

Petroleum Intelligence Weekly (PIW) was founded in 1961 by the legendary oil journalist Wanda Jablonski, who single-handedly invented international energy journalism in the 1950s. As a woman covering a male-dominated sector, she was a true trailblazer, traveling the world to build sources and illuminate the opaque world of oil. Uniquely for that time, PIW was designed as an air-mail newsletter specifically targeted at a select audience of international oil executives. Its initial focus was on the conflict between major oil companies and oil-producing countries that led to the birth of Opec and later the oil price shocks of the 1970s. According to The Prize, Daniel Yergin’s seminal history of the oil industry “no one in a position of power or responsibility in the oil industry could easily do without her journal.”

Ms. Jablonski sold PIW Publications in 1988. By the mid-1990s, the company’s offerings had expanded to include other specialized newsletters, as well as a research and data unit. In 1996, Mr Sidawi’s The Oil Daily Co. bought PIW Publications, creating Energy Intelligence. The takeover brought together these esteemed energy newsletters, creating a formidable information provider at the dawn of the digital revolution.

Over the early 2000s digital media largely displaced traditional print publications and by 2001, guided by Lara Sidawi, all Energy Intelligence publications were delivered electronically. This opened the way to the launch of International Oil Daily to a global audience, as well as other new services. Energy Intelligence’s research and advisory capabilities also expanded significantly, deepening the analytical and forecasting capabilities of the company beyond specialized journalism. Data services were also expanded with the buildout of proprietary data sets in oil, gas and products.

Energy Intelligence also expanded beyond oil and gas to cover the nuclear and low-carbon sectors, which culminated in the launch of EI New Energy in 2012. In keeping with the company’s track record, EI New Energy proved to be ahead of its time, covering the energy transition from fossil fuels to alternative forms of energy in depth nearly a decade before it became mainstream.

The Energy Transition and Beyond

As the world faces the challenge of climate change and decarbonization, Energy Intelligence is drawing on its rich history of providing valuable insight and understanding to help guide the way forward for the global energy industry. 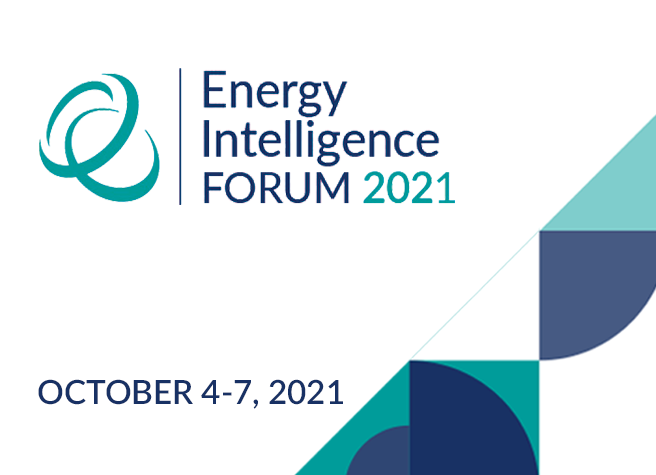