Looking at the Post-Petroleum Economy

A world powered mainly by sun and wind will be a very different place from the globalized, coal-, oil- and gas-driven world of the 19th and 20th centuries. Just how different will depend in no small part on how centralized the new energy system is. Will it feature giant offshore wind farms and even bigger solar arrays sending electricity into continent- and ocean-spanning grids, hydrogen piped long distances to still-centralized heavy industry, and goods then shipped back out around the world? Or will it be a “distributed” system in which power is produced mainly onsite by and for the user with batteries feeding into and out of micro-grids -- linked to localized economies heavily reliant on nearby “additive manufacturing” and circular systems that reuse and repair rather than replace things? The answer will be critical to many aspects of 21st century society -- including whether today’s international oil majors can transform themselves into globalized energy majors.

Energy systems aren’t incidental to the way economies and broader societies operate. Look back at the origins of the fossil fuel economy in the early 19th century and you’ll see coal just starting to come into its own as a fuel for the cotton mills of Britain, where the Industrial Revolution began. Fossil fuels and the globalized industrial system we’re accustomed to today grew up together, leaving local waterwheels and small mill operations far behind.

A history of the energy systems used by Britain’s cotton industry in the early 19th century, by Andreas Malm of Sweden’s prestigious Lund University, argues that coal-fired steam engines won out over waterwheels for British cotton production 200 years ago not because water power cost more or was not abundant. Rather, Malm documents in his book "Fossil Capital: The Rise of Steam Power and the Roots of Global Warming" that steam-powered mills had two big advantages: they could be located wherever labor was cheap and plentiful, and steam power didn’t require cooperation among factory operators -- regulation being no more popular at that time than it is with corporations today.

Simultaneously, centralized production of fuel and raw materials grew up, often far from manufacturing hubs. Coal was produced where the best resources were found, initially in a few parts of England, Wales and Scotland. Cotton was grown in other areas where conditions were best for it, most notably in the US South. Ships brought the cotton, and railroads were built to bring coal to manufacturing centers, mainly in English cities, where labor was plentiful. The textiles were then shipped out for sale all over the world. The US Civil War briefly disrupted the supply chain, wreaking havoc back in Britain -- and spurring expansion and tighter control of the British Empire.

This was the archetype for the globalized system of the fossil fuel era, in which the different links in the supply chain are located in distant centers that have particular advantages for those processes -- fuels included. The parts are then brought together for final assembly and shipped out again for sale around the world. The fuel consumed in moving all these raw materials and semi-finished and finished goods across oceans and land masses is considered an economic benefit and a profit opportunity, not an environmental cost.

It’s a pattern that persevered through a 20th century shift into oil for many of the functions once performed by coal. Oil from the Middle East meets steel made in China to make cars in Europe or Japan, or is turned into petrochemicals and made into clothes and toys in China itself by plentiful labor. Then the cars, clothes and toys are shipped around the world, most notably to the US.

But in the 21st century, climate and other environmental damage from all that movement is coming to be seen not as a benefit, but as an intolerable cost. Theoretically, the climate-related portion of the problem could be solved simply by changing the energy source from fossil fuels to renewables, leaving the rest of the economy as it was. That’s what many of the leaders of the ESG (environmental, social and corporate governance) movement -- notably including investment giant Black Rock -- are hoping to accomplish (WEO Jan.4'21). But will it work? Or in an age of artificial intelligence, will renewables develop in tandem with a new, very different economic system?

The potential for a Big Energy sector still recognizable to a 20th century time traveler -- and in which today’s oil majors might play a recognizable role -- still seems plausible if you assume there will be heavy investment in large, centralized facilities such as floating wind farms and carbon capture and storage projects that both extend the life of fossil fuels and require skill sets and management styles similar to those for oil and gas production and refining.

But is that the direction in which things are actually headed, or just a niche -- a side street that a few old energy players may wander down because it looks familiar? Will the big, centralized investment and operating model really work effectively in an era in which energy can be obtained at minimal cost from solar roofs, windows and highway pavement? With part of the electricity stored for later use in batteries, which like solar are getting smaller, more powerful and cheaper with each passing day. Perhaps with relatively small amounts of backup generating capacity provided by biogas and longer-term storage of renewable energy via green hydrogen (WEO Feb.8'21).

Big wind turbines and perhaps some carbon capture will probably be needed for a time, because the world will for several years need all the non-carbon-emitting energy it can get. But recent trends in technology costs and capabilities point to a future that is mostly about doing more with much less energy, using even car batteries and other micro-energy sources in efficient ways thanks to super-smart metering and microgrids, and using artificial intelligence to do it all for little money and at an even lower environmental cost.

The naturally distributed nature of renewable power generation seems to fit naturally with other technological and social developments just coming into view, ranging from organic locavore food systems to 3-D printing -- also known as additive manufacturing, in contrast to so-called “subtractive” processes that cut out and remove material to make products -- and circular or closed-loop systems that reuse and repair goods in order to minimize raw material needs.

All these trends arguably open the door to much more self-reliant, less polluting and less competition-driven economies, much as coal opened the door to the heavy manufacturing global economies of the last 200 years. This is the picture painted by authors such as economic and social theorist Jeremy Rifkin in Zero Marginal Cost Society, Silicon Valley entrepreneur Tony Seba and his “RethinkX” team, and numerous others.

These are also the trends that coronavirus closures disclosed and amplified. If people work and shop closer to home, they need less transport, fewer and simpler clothes, and less of other outputs of an energy-hungry, globalized economy. Signs of a less concentrated, more distributed economy were evident even before the pandemic, for example in fraying global supply chains and the market premium garnered by many “locally” made or grown products.

It’s easy to imagine that a world along these distributed lines would be not just environmentally friendlier but more peaceful and egalitarian than the globalized, growth-driven system it might replace. Others argue that by making the world less interdependent, such developments risk making wars feasible in a way they weren’t under globalization and could leave economically less developed areas behind.

But good, bad or indifferent, it may well be the system we get. And if so, one thing seems clear: this locally oriented and differentiated way of living would provide little scope for the international energy giants with cross-border management skills into which some oil majors hope to transform themselves. 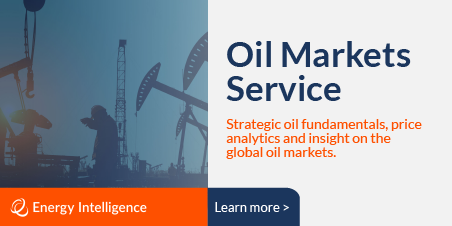