Daniel Yergin has in effect bookended the zenith and coming decline of the oil era with his latest book, The New Map: Energy, Climate and the Clash of Nations. This work follows several other books on oil and energy over the last 40 years, including his Pulitzer Prize-winning history of the oil industry, The Prize. His initial book on energy, Energy Future, written with Robert Stobaugh in 1980, became the first popular book on the energy crisis. His latest work, The New Map, deals with geopolitics and the energy transition. It thus marks the ending of the fossil fuel era, which it sees as a slow process of transition that will take several decades. However, for many reasons, the energy transition is likely to come much faster than Yergin believes.

Energy Future was published during the Iranian oil crisis. Inflation was out of control. The availability and price of future oil supplies were uncertain. The energy industry was at the peak of its power. In December 1979, energy shares accounted for 23% of the S&P 500 index by market capitalization. 40 years ago, oil was the story. Today, things are vastly different. At the close of September, energy stocks accounted for just 2.3% of the S&P 500. Of the index’s 11 sectors, energy is now the smallest.

Climate dominates the debate in 2020. Recognition of the danger posed by continuing to support and use fossil fuels is spreading quickly. Companies that manufacture these fuels are experiencing a shareholder exodus. Banks are shunning the industry. The New Map, then, should be treated as the last hurrah for an industry that will continue to cause catastrophic environmental damage if not curbed. In that sense, the book can serve nicely as the closing "bookend" of the oil era.

Yergin believes the ongoing energy transformation will be slow. In a Wall Street Journal excerpt from his new book, he makes this assertion:

"History shows, however, that energy transitions don’t happen quickly. The key moment in the first major transition -- from wood to coal -- was in January 1709, when an English metalworker named Abraham Darby figured out how to use coal in order, he said, "that a more effective means of iron production may be achieved." But it took two centuries before coal overtook wood and waste as the world’s [No. 1] fuel. Oil was discovered in western Pennsylvania in 1859, but it was not until a century later, in the 1960s, that oil replaced coal as the world’s top energy resource."

Others besides Yergin are convinced the energy transition will be slow. Vaclav Smil has written extensively on how slowly one energy system changes to another, as has Harvard researcher Megan L. O'Sullivan. Yergin accepts these views but also notes there is nothing in the past to compare to government efforts to speed the energy transition. He trumpets the unique contributions of government-sponsored research in the US.

The gigantic steps in energy taken by the big tech firms get less emphasis in The New Map. Yet the likes of Amazon, Apple, Tesla and Google’s parent company Alphabet, are all making considerable contributions to the US energy position by pushing fossil fuel replacement in transportation, creating new ways to store electricity, and developing large-scale facilities such as server farms powered solely by renewable energy. These efforts and accomplishments have been achieved with little government assistance.

Yergin, along with Smil and O'Sullivan, underestimates technology’s exponential growth. IBM captured the speed of change succinctly in a June 2011 advertisement touting its 100 years in business. The four-page announcement in the Wall Street Journal began with this statement: "Nearly all the companies our grandparents admired have disappeared." Today, one could write that nearly all the industries our parents admired, including fossil fuels, have become extinct, are becoming extinct, or will metamorphosize into entirely new entities following IBM’s example. Fossil fuels are becoming extinct, and the accelerating pace of their demise will surprise many.

BP issued a new forecast of energy demand and announced its decision to abandon oil just days before The New Map appeared. The firm sees a much different future than Yergin. One of its scenarios shows oil use dropping as much as 70% by 2050 under an aggressive push to zero out net-carbon emissions by that year.

The oil industry might not last long enough, however, to realize BP’s scenario. The firm’s analysts reported that between $750 billion and $850 billion per year went into oil and gas development between 2013 and 2018. They then stated that their net-zero scenario would require $300 billion to $400 billion per year in spending over the next 30 years. In aggregate, between $9 trillion and $20 trillion in investment is needed to meet their net-zero global oil production target of 30 million barrels per day.

The source of these funds is not specified. Yergin’s The New Map is also silent on the issue, and it sees much larger investment. To my knowledge, no one who writes on the slow transition away from fossil fuels has identified a lasting funding source. Were they to try, they would likely conclude that the necessary money will not be found. Even now, investors and banks are starving the oil, gas and coal sectors of the capital they need to expand.

The cutoff of lending to fossil fuel companies and investor shunning can be attributed to several factors. First, the total return offered by energy shares has generally been low relative to other industries, causing investors to shift money to different economic sectors. Second, fossil energy’s contribution to global warming has made the sector anathema for many socially conscious investors. Finally, banks, pension funds, and large sovereign wealth funds have moved funds away from the fossil sector, fearing exposure to liabilities created by global warming. Former Bank of England Gov. Mark Carney warned of these potential problems in his famous 2015 speech on climate change risks, "Breaking the Tragedy of the Horizon." This same threat confronts oil and gas producers. BP’s CEO Bernard Looney seeks to bring investors back by moving away from oil and gas, while boosting investment in renewables.

The fossil fuel industry’s capital starvation will accelerate the movement toward carbon neutrality. It is here that those who see a slow changeover to new energy technologies make their mistake.

The snail-paced transitions in the past have occurred because investors, banks and insurance companies were willing to support fading industries, seeing little danger in doing so. Such backing is unlikely to be forthcoming this time. The increasing potential for liabilities associated with fire, storm and rising sea level damage will deter the prudent. Hungry class-action lawyers will punish the imprudent.

In short, investments will not come. Instead, fossil fuel supplies will drop, prices will rise sharply, and the shift to renewables will accelerate. Some oil companies will boost investments in response to increasing prices. However, investors, seeing the fossil fuel business’ imminent end, will almost certainly demand higher payouts. These demands are already happening. Fossil energy companies are slowly being bled dry, a trend that will not reverse.

Yergin’s The New Map says nothing about this turmoil. In a sense, it is a map of the sort produced by Gerardus Mercator in 1569 rather than something made by modern cartographers. As cartography expert Caitlin Dempsey explains, "a Mercator map is notable for being the first attempt to make a round earth look 'right' on a flat surface." She adds that Mercator distorted the size of objects at the North and South Poles to keep longitudinal lines straight.

Just as the size of the North and South Poles is exaggerated in Mercator projections, Yergin’s The New Map inflates the future importance and ongoing contribution of fossil fuels relative to the rapid evolution of consumer and financial environmental priorities in response to the threat of global warming and the future development of clean energy innovations. 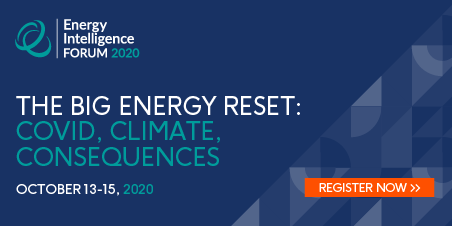 WORLD ENERGY OPINION
Russia Puts Itself in West's Spotlight
Russia is increasingly getting the West’s attention on issues ranging from gas supply to Ukraine, challenging the US pivot to China.
View More >
OIL MARKETS SERVICE>