Gas Gloom, Batteries and Beyond

The Western oil and gas industry seems largely to have taken on board the now clear reality that gas will not be competitive with solar and wind much longer for baseload power generation. This means that, for most companies, gas will never have anything like the earnings heft that oil has had (WEO May12'20). The question now is whether gas has any significant growth potential at all or, like oil, is near -- if not past -- its global and domestic US peaks. The answer lies in no small part with the future cost of battery and other storage technologies where, as with renewables, the cost curve over time favors storage over gas. A battery boom in the US helps explain why so many target dates for zero-carbon electricity in that country are being pulled forward to 2035 or sooner, including that of Democratic presidential nominee Joe Biden.

Evidence is quickly accumulating that the energy industry now sees only limited potential for gas-fired power, always viewed as the prime growth area for the fuel. Although none of the Western oil majors has explicitly walked back from earlier insistence that gas has decades of strong growth ahead, the European majors have over the course of 2020 shifted their rhetoric to emphasize renewable electricity and, especially in the case of BP with its new road map for the transition, a more customer-oriented, downstream focus for those gas operations that continue (WGI Aug.12'20).

The US majors have focused more on tight oil than on gas for some time, particularly in the US, where gas prices have been hovering around a barely (if at all) break-even level of $2 per million Btu for years. Besides price, the difficulties inherent in transporting and processing gas and LNG -- made more acute by strong environmental opposition to new pipelines -- make gas a poor fit in the short-term investment pattern these companies now favor.

The clearest signal of just how endangered US gas growth prospects are came in early July with cancellation by electricity and gas companies Duke and Dominion Energy of the Atlantic Coast Pipeline project they had been working on for six years to bring northeastern shale gas into what had been targeted as long-term gas growth markets in West Virginia, Virginia and North Carolina. Dominion also sold its existing gas transmission holdings and a 25% stake in the Cove Point LNG export facility. Both companies are instead boosting spending on renewable generation and smarter grids (NGW Aug.17'20).

Asia may still be on a path to increasing use of gas, but Western players have been notable for their recent absence from nascent LNG projects in new markets across that continent (WGI Aug.12'20). Globally, Energy Intelligence is still forecasting 4% annual growth for LNG through 2030, but with a pointed warning that “downside risks are growing, and growth will slow markedly after 2030, even in our base case.”

In order for gas to grow for decades in the robust way the industry projected, it has long been evident that quick action was vital, while gas was still cheaper than renewables. The coronavirus has basically closed that path, with overall demand for electricity so hampered that renewables have been able to get a leg up over the last six months – even with gas at such low prices that it is financially dubious for producers in any case.

Indeed, it’s possible that the indefinite prospect of barely break-even prices for gas has done as much as demand uncertainty to discourage majors’ interest in gas as an alternative earning base to oil. And the factor undermining both gas prices and gas demand is the same: the rapidly falling cost of renewable electricity. Energy Intelligence’s Energy Transition Service shows solar and wind power costs both on a steady decline through 2050, albeit at a slower pace than the red-hot rate of the last decade.

How to Use the Leftovers?

Even if renewables win out quickly in the bulk power generation market, there should still be substantial room for gas-fired power to fill in when these intermittent sources are not available. Or such has long been the assumption. But even this portion of gas’s generation market now appears under threat -- from falling battery storage costs and a growing panoply of options for lengthier electricity storage.

Lithium-ion batteries have been most in the limelight this year, especially in the US. As with renewables, price is the main reason: Brattle Group estimates that battery storage costs in the US have fallen by roughly 75% over the last decade, and Energy Intelligence forecasts a further 70% drop by 2050 (NE Jul.30'20). All the research and development going into batteries for electric vehicles is aiding the process, and the cast of characters overlaps.

Roughly two years after Tesla founder Elon Musk won a highly publicized bet by installing what was claimed to be the world's largest battery storage facility, at 100 megawatt/120 megawatt hours in 100 days in Australia, Tesla is supplying 182.5 MW of capacity to Pacific Gas and Electric in California by early 2021, as one of four battery systems PG&E plans to replace gas peaking plants. The big leap is that the California facility can discharge over four hours, so has 730 MWh of capacity, expandable to 1.1 gigawatt hours.

Also, there’s a growing trend to build and operate solar, wind and battery storage in combination, to reduce the periods when renewables aren’t available and, with batteries, provide an outlet for the power and avoid curtailments when the grid can’t immediately use all the electricity at hand. This both cuts the market for which gas can compete and lowers the effective cost of renewable electricity. Portland General Electric has what it claims is the first project to combine all three, and is now looking at bringing home batteries into the system -- a popular concept in Europe.

The US action isn’t all on the West Coast. Wood Mackenzie reports on its Greentech Media website that Texas utilities, too, are “putting batteries front and center in their 100% clean energy plans.” Woodmac analysts are forecasting a fourteenfold increase in battery deployment onto the US grid over the next five years.

Globally, the picture is more mixed, as utility-scale battery installation slowed last year in both Europe and China, and Covid-related economic closures have further muddied the waters. In Europe, nearly 1.5 GW was installed in 2018, falling to 1 GW in 2019. However, storage is widely seen as regaining speed with more friendly regulation and coronavirus stimulus measures from Brussels, and a resumption of capacity auctions in the UK after a near year-long suspension due to legal maneuvers.

The outlook is improving in China, too. Woodmac has forecast a twenty-fivefold expansion of China’s entire energy storage base by 2024. However, much of that energy storage in China, as indeed in the rest of the world, will not be in the lithium-ion batteries that dominate the news at the moment.

The lithium-ion batteries currently in favor for utility and home power storage typically can supply power for four to six hours at most. What about backup for longer periods? The biggest technology here is low-tech pumped hydro, where you push the water up the hill when you have spare electricity and run it back down through a generator when you don’t. There’s compressed air. There are schemes to raise and drop weights.

Numerous competing battery technologies exist, such as the iron-flow batteries in which Microsoft founder Bill Gates and several other billionaires made high-profile investments late last year. Another Gates-backed technology, batteries that developer Form Energy claims will discharge power over up to 150 hours and “eliminate the need for coal and gas entirely,” just landed a deal with Minnesota cooperative Great River Energy to deploy a 1 MW/150 MWh pilot unit. Attention is turning to green hydrogen, made not with natural gas but through electrolysis when renewable power is abundant.

The point isn’t to predict exactly what will eliminate the need for natural gas in power generation, or when. It’s to suggest that given how much time, work and money are going into the effort, there’s a good chance some combination of technologies will accomplish that task -- and before all that many more years go by. 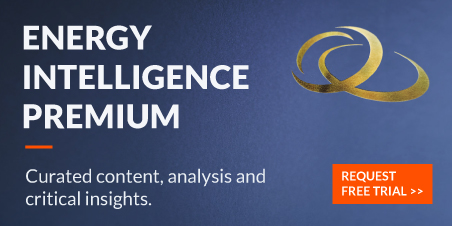 WORLD ENERGY OPINION
Appetite for New Nuclear Gets Energy Security Boost
Fears about energy security in the past year have boosted support for nuclear newbuilds, but key challenges — and threats — must still be overcome.
View More >
OIL MARKETS SERVICE>

LNG INTELLIGENCE
Officials Seek Greater European Solidarity on Winter Gas Supplies
The 2023-24 winter is expected to be a major test for Europe, which is unlikely to be able to count on similar amount of Russian pipeline gas to fill up storage tanks.
View More >